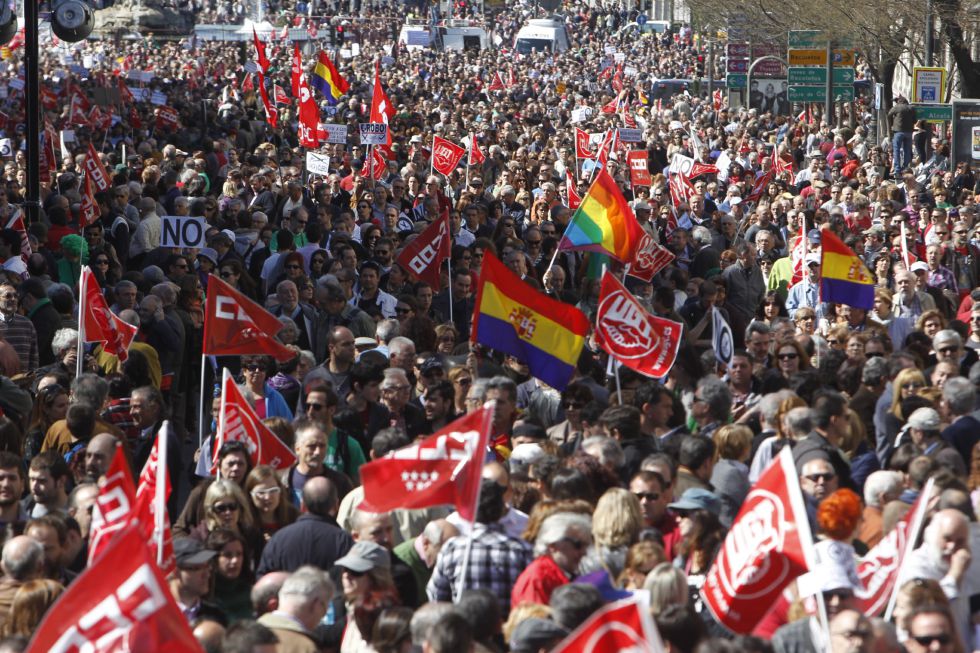 This March 11, big mobilizations took place in 60 cities of the entire Spanish state. Called by the big unions UGT and CCOO [Comisiones Obreras], they brought together hundreds of thousands of people, turning into a new demonstration in the streets of the workers’ willingness to confront the Rajoy government’s labor reform. After the enormous February 29 mobilization, this new day of protest was the prelude to the general strike that both federations were forced to call for this March 29.

Rajoy, from the right-wing Partido Popular, is determined to pass a brutal economic tightening up and a reactionary labor reform that seeks to put an end to historic conquests. Those are the demands of the big Spanish and European employers, who want to unload the crisis onto the workers and the poor. Spain now has 23% official unemployment, a figure that rises to 50% among young people. On top of this terrible situation, they want to impose cuts of some 35 billion euros (apart from those that the "socialist" Zapatero has already made) in healthcare, education and social assistance, to save the banks. They want to make the labor market radically more flexible, in order to reduce the firms’ "costs." But the Spanish workers’ movement has not yet turned up. During 2011, the enormous movement of the "indignant ones," that occupied the squares, in opposition to the austerity measures and corrupt politicians, touched the entire country. Our comrades from Clase contra Clase actively participated, trying to get the movement to turn to the working class, the only class with the power to win. The big February 29 and March 11 demonstrations show that the mood to fight has not disappeared and that the strength to defeat the government is there. Although the bureaucracies of the CCOO and the UGT want to have a simple strike to exert pressure to negotiate, the March 29 general strike could be a first step to tilt the balance in favor of the workers.