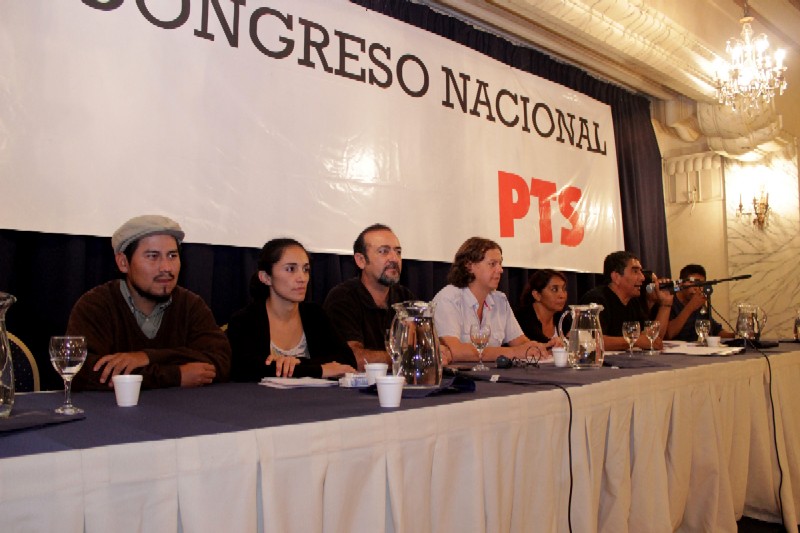 1. To prioritise its intervention in Bolivia, France and Argentina (see page 13 of LVO), where important battles are to be faced. In Bolivia, the LOR-CI is fighting for a common block with the most advanced sections of miners in Huanuni, with the aim of founding a Workers’ Party, so this party with can became a weapon of struggle for the proletariat, that is a party that is independent from Evo Morales’ government, the state and the bosses’ parties. A party based on the trade unions and that respects workers’ democracy, against the reformist strategy of the bureaucracy of the COB (Bolivian Workers’ Confederation).

In France, the FT is active in the Revolutionary Communist Current, inside the NPA, and is seeking to relate to new groups of workers who are beginning to resist Hollande’s layoffs and his liberal social policies. Alongside with other NPA currents we have been fighting against the leadership of the NPA, whose policy is to move towards a permanent block of the Front de Gauche, lead by JL Mélenchon. Given the failure of the policy of "broad parties", the RCC is fighting to set up a genuine revolutionary party.

2. To ratify the call discussed by the FT to put in place an International Movement for a Socialist Revolution – for us is the Fourth International – upon the basis of a programmatic manifesto. In our call we addressed the most militant groups of workers and youth, i. e. the left wing of Huanini’s workers, Trotskyist and left organizations, in particular platform Y of the NPA and the Coordinating [committee] for the Rebuild of the Fourth International (CRCI) and its Argentinean group the Partido Obrero, with whom we hope to open discussions that allows us to come together in this historic task.