With massive mobilizations and a strike that has already lasted for 12 weeks, the students of the Province of Québec (Canada) have been carrying out a very tough struggle against the neoliberal policies and the increase in university tuition that the Québec Premier Jean Charest wants to impose. 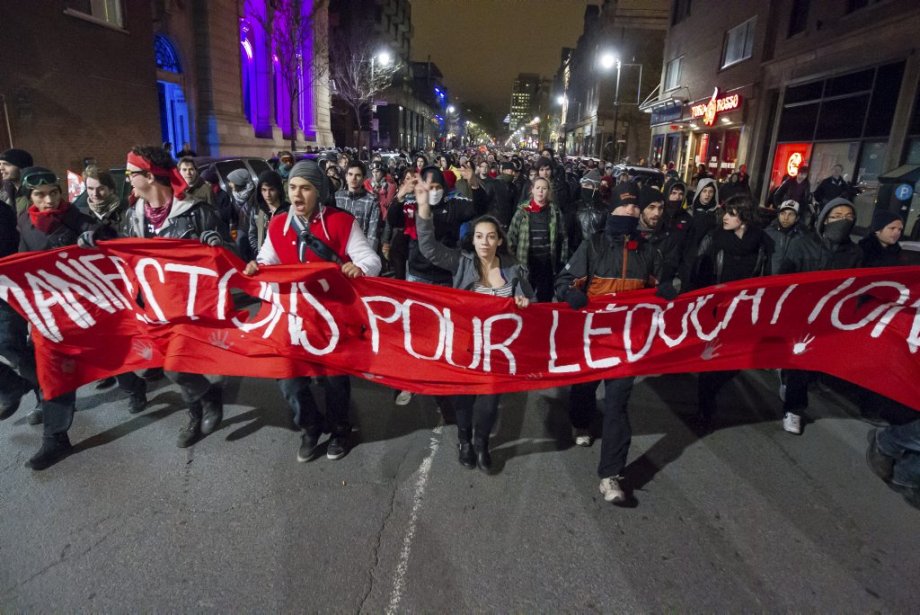 The university students and students from the pre-university high schools and technical schools went out to struggle against Charest’s announcement of increasing tuition by $1,625, over 5 years, which would take the cost of tuition to a total of $3,800 (that is, a total increase of 75%).

In the last 12 weeks on strike, the students have carried out occupations, picket lines, blockades of bridges and roads, and massive mobilizations that managed to bring together 300,000 people, actions to which the government responded with harsh repression of the almost daily demonstrations and night-time marches, that have been declared illegal, beating and arresting hundreds of students, and trying to divide the leaderships of the student movement, by forcing them to condemn “acts of violence” and confrontations with the police.

The more than 170,000 students that are on strike are grouped in three student federations. One of them, the CLASSE, has been accused by Charest’s government of being unwilling to condemn “violent” demonstrators and in that way, Charest has excluded them from the committee for dialogue, calling only the two federations with a more moderate image, the FEUQ and the FECQ. However, the government’s inflexibility and the rise in repression against the movement forced the FEUQ and the FECQ to repudiate, momentarily, a committee for dialogue without the participation of the CLASSE, causing the failure of the government’s policy last week.

An historic strike at a key moment

This is the biggest student strike movement in the history of Canada. 50% of the students (around 85,000) state that they are on “an unlimited strike until victory.” The student struggle has generated broad support among the workers and people of Québec, since they are challenging not only the tuition increase, but the entire neoliberal policy of Charest’s government. The students have expressed their solidarity with the struggles of different groups and have taken up the demands for the defense of health care and against the mega-mining and hydroelectric projects. This has permitted the mobilizations to become ever more massive, like those of March and April, of 200,000 and 300,000 people, respectively. The demonstrators have blocked the port of Montréal (the most populous city in Québec) four times, the Stock Exchange Tower, the Stadium and the ministerial buildings. 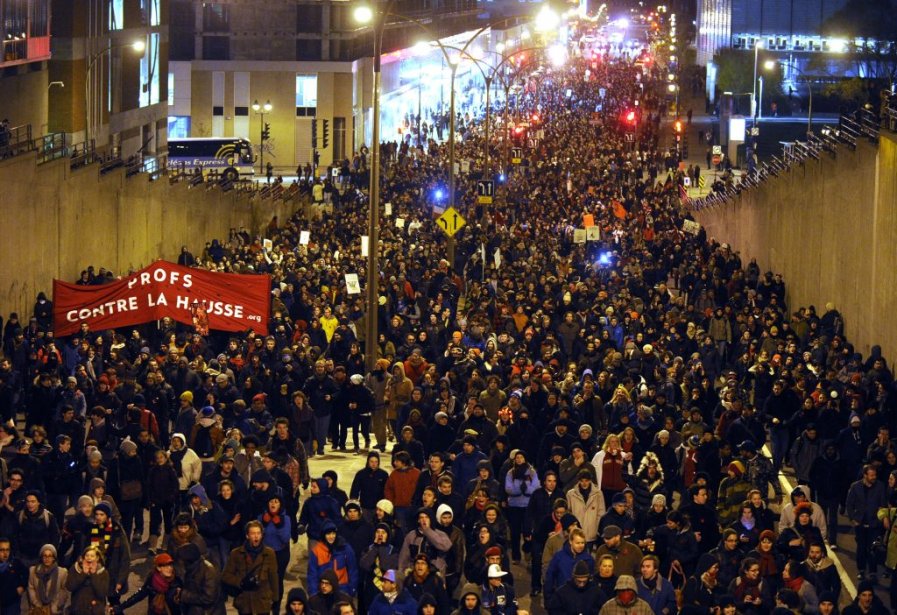 In view of this scenario, last week Charest announced a new proposal that includes a larger tuition increase, but, supposedly, with more flexible access to scholarships and loans for the students. This proposal has already been flatly rejected by the CLASSE, that brings together about 90,000 students, but the moderate federations have stated that they are going to study a counter-proposal to sit down to negotiate. In turn, the main unions allied with the Parti Québécois (center-left opposition) have called for “moderation” among the students and have refused to call solidarity actions.

Despite the government’s attempts to break their struggle, in these weeks, the students have shown an enormous fighting spirit and have actively expressed their solidarity with the workers and people of Québec, against Charest’s neoliberal austerity. The coming days and weeks will be key in defining this struggle, which has already proven to be historic.